The Timaru Cricket Club and South Canterbury cricket will not be the same after the tragic death of Andrew ‘Rowdy’ McLachlan in a car accident.

Funeral arrangements are yet to be made but the article as printed in the Timaru Herald can be read below.

Timaru Herald 7-Nov-2008
POLICE have confirmed that the Timaru man who died after his car hit a bridge between Albury and Fairlie was Andrew Rex McLachlan, 25.

Mr McLachlan, (or Rowdy to his friends) died when the vehicle he was driving hit a bridge on State Highway 8 near the intersection with Cricklewood Road. About 12.55am a fire was reported and emergency services found a car had struck the side of the bridge and was engulfed in flames.

Mr McLachlan’s family and friends are still coming to terms with the loss of a witty young man.

Good friend and Timaru Cricket Club team-mate Tim Mackle said his friend had obtained the nickname Rowdy because of his quiet nature.

“He was a man of few words but never said a bad thing about anyone.

“It was always Friday and Saturday nights around at the “Blue on Wilson” (Mackle’s house) watching sport until Rowdy got the remote and then it was Trackside,” he said.

Mr Mackle played representative cricket with Mr McLachlan from primary age. The pair, along with Jeremy Liddy, were selected for the Canterbury under-15 cricket team in 1998. 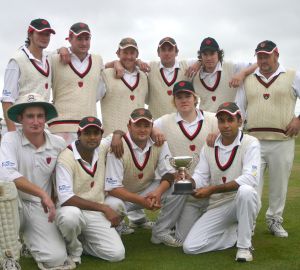 The two would take turns driving to cricket on Saturdays and often shared sweepstakes on races or rugby matches.

A spokesman from South Canterbury Cricket said Mr McLachlan had made himself available for all upcoming representative cricket games this season.

He was a talented cricketer with strong support from family and the public.

“And he was popular with his fellow team-mates,” they said.