Dan Laming led his team to victory in the Daily Freightways Cup One Day Final with a solid 75 after earlier bowling tightly and only conceding 26 runs with the ball. He was backed up by a solid team performance after Celtic had earlier restricted Star to 223, a score which always seemed about 40 runs short of a truly competitive total on the Aorangi Oval.Defending Champions Celtic have had a legacy on final spots for many years and were keen to continue this from last season, but Star who hadn’t been in a One Day Final since the 1990s won the toss and decided to bat with the hope of continuing their winning form from the recent club game between the two teams. 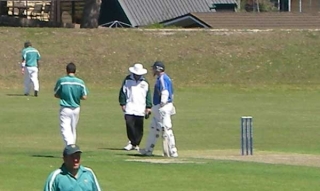 Phil McGregor and Andrew McRae got them off to a sound start adding 79 before McRae was out in sight of his half century. James Laming then struck again 6 runs later to remove McGregor for 33, but with 23 overs gone and only 85 on the board the signs were already there that setting a total in excess of 250 was going to be a struggle. 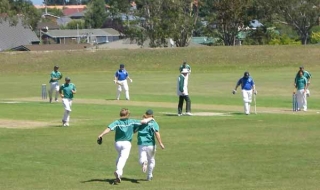 Paul Arkinstall was run out in a mix up shortly later after a good throw from Willy Scott and then Chris Anders and Alexander McKenzie added 65 runs together, but the scoring rate was slow with batsmen not looking for the singles as often as they had displayed in the twenty20 match a week previously. 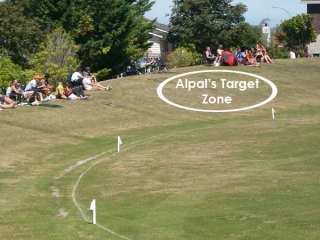 The pressure went on to up the anti and part time bowler Matt Mealings did a good job in the seven overs he was entrusted with to contain Star, while left arm spinner Sam Carlaw conceded only 33 runs from his nine overs and James Laming had the best analysis with 2-32. 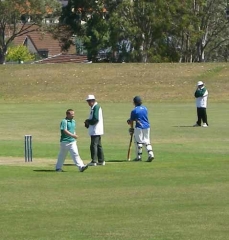 Mark Tutton was also bowling tightly and had picked up two wickets when McKenzie took the long handle to him in the 44th over taking 23 runs off it to ruin his figures. 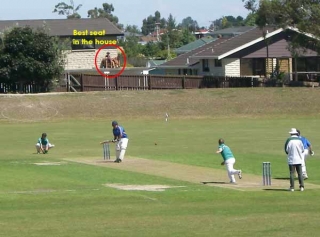 McKenzie again showed that he relishes playing at Aorangi as his innings grew and he ended up hitting 3 sixes and 6 fours on his way to 71 not out (taking his average to 277 at Aorangi this season), but his onslaught was too little too late as he ran out of overs to cause real damage after the earlier batsmen had scored too slowly. 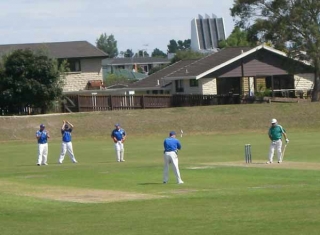 Celtic got off to a great start despite the vociferous opposition support from the Star corporate box and ‘WAGS’ tent with the Star bowlers struggling to find the correct length to bowl to Ryan De Joux as he drove or pulled the ball on his way to a quick 42. The fall of his wicket with the score at 78 meant Celtic were already in a position to be able to bat sensibly without too many risks and this is what Tutton and Dan Laming set about doing. 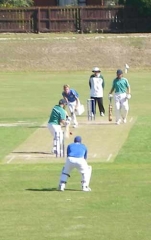 A loud appeal for lbw from the first ball to Laming was unrewarded and later Tim Butler bowled him a great over with edges flying to the slip cordon, but these were the last chances he gave as his innings grew in confidence and with Mark Tutton also rising to the big occasion, the pair added 115 for the third wicket and put Star out of the trophy hunt.

The bowlers were changed regularly and McKenzie even bowled some overs of spin as Star tried to create something different, but with Tutton running well between the wickets, as well as picking up nine boundaries on his way to 60, Laming was able to dictate terms. When Laming was out with the score 212, he had done the captain’s job for the team and was very unlucky not to have been there right until the end, but that honour went to James Laming and Matt Mealings as they scored the winning runs with 4 overs to spare.