U17 Cricket tournament goes down to the wire 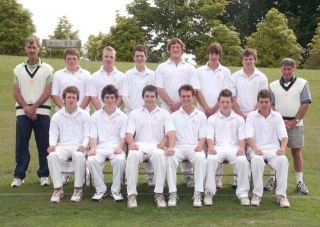 THE under-17 cricket zone tournament, being played in Timaru, will head down to the wire today, with three of the six teams equal on points heading into the final round.

Christchurch Metro Black, Canterbury Country and Mid Canterbury all have a chance of claiming the title after a round of low scores yesterday.

South Canterbury will look to end the tournament on a positive note, by winning their final game against Christchurch Metro Red.

Yesterday’s results saw Canterbury Country humble Buller-West Coast by 124 runs, after they made 216 for six from their rain-reduced 50 overs. Buller-West Coast were never in the match, being rolled for just 92 in reply.

However, Christchurch Metro Red probably offered South Canterbury hope for their game today, as they capitulated for just 76 against Canterbury Metro Black.

It proved an easy target to chase down, Canterbury Metro Black losing just the one wicket along the way.

South Canterbury were hoping to brush aside rivals Mid-Canterbury, but their batsman were unable to post a defendable total. They were all out for 127, with Josh Dick scoring an unbeaten 57.

Mid Canterbury had no trouble chasing the target down, winning the match by nine wickets.