Martin brings with him a wealth of recent International and domestic playing experience including 233 test wickets for the Blackcaps and a total of 599 first class wickets in 192 matches.

The players will visit the region on Wednesday 9th and Thursday 10th October.

The objective of the visit is junior development. Tony Lewis said “the focus of South Canterbury Cricket in 2013/14 is to engage with those children who want to play cricket and to give those currently playing or are part of our coaching programs the ultimate coaching experience. The visit of the wizard players will give our players the opportunity to learn from the best in Canterbury. It will be a great start to the cricket year for these young players. It will also compliment the work of Shane Gilkison for South Canterbury Cricket as Cricket Development Manager who has delivered his programs to 4,000 children already this year.” 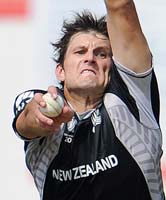 The players will visit and coach local primary and secondary children as part of the coaching programs run by South Canterbury Cricket. The Wizards and Shane Gilkison will be visiting Have-a-Go cricket programs run by both Temuka and Star Cricket clubs. This will target 5-10 year olds in the region and give them the ultimate coaching experience.

South Canterbury Cricket will also be holding a number of training sessions at the Graeme Blanchard Centre for the groups that participated in this season’s winter training program. Shane Gilkison said “these players will participate in an intensive session that will build on their development from the winter program.”

Gilkison said “It is great to have cricketers of the calibre of Chris, Hamish, Roneel and George available to coach our junior and age group representative players here in South Canterbury. I am certain that those who enrol in the Have-a-Go programs will long remember the day they were coached by the Blackcaps and Wizards players.”